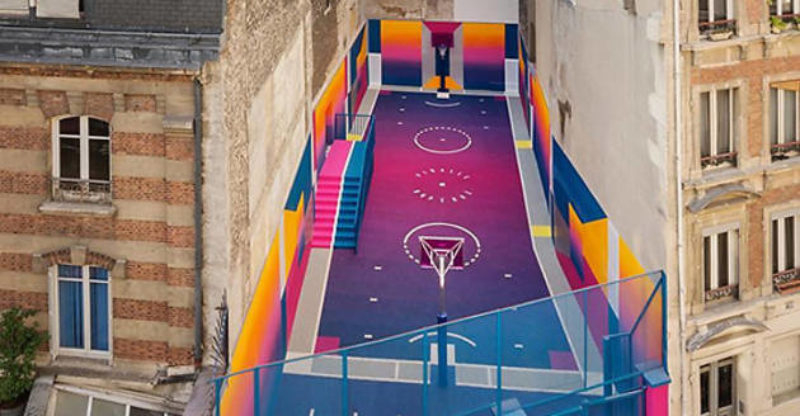 Paris is more than the Eiffel Tower and the Arc de Triomphe. The capital is also full of unusual places and small hidden spots just as wonderful to discover. Japanese Buddhist garden, secret and atypical street, colorful basketball court or mysterious cave… the City of Lights has many surprises in store. Whether you were born there or visiting for a weekend, here are 10 unusual places in Paris to think outside the box.

At the corner of rue des Saules and l’Abreuvoir, we stop in front of La Maison Rose. This pretty pink house with green shutters is one of the unusual places of the Montmartre hill. It owes its fame in particular to the paintings of Maurice Utrillo, a painter of urban landscapes. The picturesque charm of this old Montmartre canteen, once frequented by many artists, attracts everyone’s attention. Today it is a café-restaurant where you come to settle in the middle of a stroll in the neighborhood.

Located in the heart of Pigalle, the basketball court on rue Duperré (9th arrondissement) is undoubtedly one of the most beautiful and amazing in France. Nestled between two buildings, this colorful and psychedelic playground attracts not only basketball fans but also art lovers and influencers.

At the edge of the Bois de Vincennes, the Jardin d’Agronomie Tropicale is definitely worth a visit. This place steeped in history shelters the vestiges of the colonial exhibition of 1907, half-covered by vegetation. We go there to enjoy a ride in immersion in the Asian world and the calm of this still well-kept secret.

The Tea Room of the Museum of Romantic Life

In the district of New Athens (9th), the Museum of Romantic Life hides a small greenhouse that turns into a tea room when the good weather arrives (from March to October). After a visit to the museum and the exhibition dedicated to George Sand, you can continue your reverie by tasting a pastry in the shade of the trees and roses.

With its walls covered with wisteria and ivy, its little houses with colorful doors and windows, its bicycles and its cobblestones, rue des Thermopyles (14th arrondissement) reminds us of the small Provencal villages. It counts among the atypical places of the Capital so much that its bucolic charm and its tranquility contrast with the activity of the city. A true haven of peace to discover.

Let’s take a leap into the history of the capital by discovering the Collège des Bernardins. A true gem of Cistercian architecture, it is one of the most impressive medieval buildings in Paris. Located in the heart of the (5th arrondissement) this unusual place is today a place of culture and meetings. Founded in 1245 and then completely renovated in the early 2000s, this building promises a real change of scenery.

The street art of rue Dénoyez

To the east of Paris, the Belleville district represents the center of street art. There is even a street entirely dedicated to street art! This is rue Dénoyez, a famous spot for graffiti artists, with its walls and storefronts covered with graffiti, sometimes very ephemeral. For the curious, My Urban Experience organizes guided tours (1h30) to discover the street art of the streets of Belleville, at €15 for adults and €7.50 for children.

The cave of Buttes Chaumont

After a walk in the alleys of the Buttes Chaumont, impossible to pass by the park’s cave. Located south of the lake, this cave is the entrance to an old underground quarry. It creates a romantic atmosphere with its large waterfall. It is undoubtedly one of the most popular unusual places in the city to find freshness in summer. Better to go during the week because the park is often taken by storm on weekends!

The Japanese Garden of the Buddhist Pantheon

Many visitors to the Guimet Museum pass their way without even knowing its existence. Hidden in the 16th arrondissement, the Japanese Garden of the Buddhist Pantheon is one of the most exotic gardens in the capital. A timeless journey that transports us to the land of the Rising Sun, in the middle of bamboo, maple trees, and streams. And the opportunity to discover the tea ceremony (in the pavilion), a true art in Japan.

Built 150 years ago, the Little Belt represents almost 32 km of railroads in its entirety. A network that Parisians used until 1934 and which was used to transport goods until the late 1970s. Today, many places have taken hold of this historic gem to give it a second life. The best known: La Recyclerie, a 400m2 space that offers Parisians a bar, a restaurant, and cultural activities around the environment.

What about you, which unusual place do you like the most? 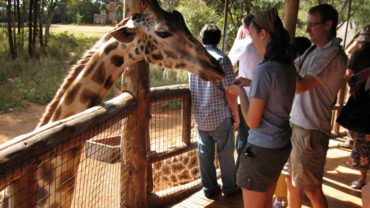