The lure of rail travel has always had a romantic and adventurous air. In addition, train travel represents one of the most laidback ways of getting around, allowing you to sit back, relax, and enjoy the view. Some train rides are so spectacular – traversing the world’s most scenic destinations along snow-capped peaks or through orange-hued deserts – that they represent epic destinations in their own. Here’s my selection of the 10 most amazing train rides in the world.

Think I missed one? Share your favorite train journey in the comments section.

The Denali Star, the Alaska Railroad’s flagship train, links Anchorage to Fairbanks with stops in Wasilla, Talkeetna and Denali Park. On this route, sparkling salmon streams and stands of birch and spruce come into view, while carpets of fireweed add dramatic purple to the landscape. Like the name implies, Denali National Park – one of the most spectacular National Parks in the USA – is really the star attraction of the Alaska Railroad’s Denali Star Route. You might get lucky and see a bear, moose or caribou. And look out for what native Alaskans call ‘The Great One’: the 20,156 feet (6,144 m) tall Mt. McKinley, the highest mountain peak in North America.

The TranzAlpine train operates daily between Christchurch, Arthurs Pass and Greymouth – from the east coast to the west coast of New Zealand’s South Island. After departing Christchurch , the train crosses the fertile farmlands of the Canterbury plains and you can enjoy thrilling vistas over deep gorges as you travel along the ice-fed Waimakariri River. Then it traverses the mighty Southern Alps, where spectacular views of the chiseled alpine landscape will take your breath away at every turn. Finally, after a day long journey, the train arrives at Greymouth at the West Coast, a great base for visits to Punakaiki and the always popular glaciers at Franz Josef and Fox Glacier.

Rovos Rail – which promotes itself as the world’s most luxurious train – combines the best of a luxury hotel and the irresistible allure of leisure train travel as it traverses South Africa’s breath-taking scenery. The route covers the 1600 km (994 miles) between Cape Town and Pretoria in 3 days and two nights, with two stops on the way: the fashionable old town of Matjiesfontein in the Karoo and the historic diamond-mining town of Kimberley on the journey back. With discreet and friendly service, five-star cuisine and a selection of South Africa’s finest wines, Rovos Rail harks back to a simpler, more elegant era encompassing the timeless grace and high romance of African exploration.

In less than four hours, this elegant train completes the spectacular journey between the city of Cusco and Machu Picchu, the sacred Inca city high in the Andes mountains. Named after the US explorer who re-discovered Machu Picchu in 1911, Hiram Bingham’s striking blue and gold livery stands out against Peru’s verdant landscapes. Hosting up to 84 guests, the train’s carriages include two dining wagon, a bar wagon, and an open view scenery wagon to soak in the views. Decorated in the style of 1920s Pullman carriages, each train car has been furnished in polished wood and brass with large comfortable armchairs. The train is managed by Belmond, one of the world’s most luxurious hotel brands.

Switzerland is renowned for the quality and punctuality of its trains, and the Glacier Express is the showpiece of its railway system. The train, which travels from Zermatt to Davos or St. Moritz, is also referred to as the ‘slowest express train in the world’: the journey takes about 8 hours. There is a good reason for this slow pace: the train squeezes its way through untouched mountain landscapes, glamorous ski resorts, narrow valleys, tight curves, 91 tunnels, and across 291 bridges. The Glacier Express’ new Excellence Class sets standards that are as high as the mountain peaks along the legendary route. During the journey, guests taken care of by a concierge, be it with culinary delights, answers to personal concerns, and information about nature, culture and people along the journey.

Prepare for a holiday of unimaginable proportions as the legendary Ghan takes you deep into the heart of Australia. Run by The Great Southern Rail, the Ghan takes two nights and three days to make the journey from Adelaide in South Australia to Darwin in the Top End of the Northern Territory. The journey of 1,851 miles (2978 km) goes through the center of Australia and the vastness of the Outback. The distance covered alone is breathtaking, and the colours and desert terrain are life-changing. The train stops for four hours in both Alice Springs and Katherine, allowing for leg-stretching and some sightseeing. Onboard you will find sumptuous dining, elegant private cabins, attentive service, and the camaraderie of your fellow travellers.

This two-day rail journey takes you from the mountain resort town of Banff in Alberta via the majestic Canadian Rockies to the cosmopolitan city of Vancouver, one of the world’s greatest cities. The passing scenery is nothing less than pristine wilderness: black lava cliffs and canyons, glacial lakes, turbulent rivers, bighorn sheep, and maybe even a black or grizzly bear. Onboard, with the Rocky Mountaineer’s GoldLeaf Service, travelers can indulge their senses with gourmet meals prepared by executive chefs, and expansive views through the panoramic windows of a bi-level glass dome coach to the Canadian Rockies. From entertaining you with stories about passing landmarks to topping up your glass of wine and calling out wildlife sightings, you can rest assured that everything will be taken care of.

Covering a distance of 1,215 miles (1,956 kilometers), this is the world’s highest railway, connecting Xining, capital of Qinghai Province, and Lhasa, capital of Tibet. More than 50% the journey is situated at 13,000 feet (4,000 meters) above sea level, hereby crossing a fragile ecosystem with permafrost and lack of oxygen. The line incorporates the Tanggula Pass which, at 16,640 feet (5,072 meters), is the highest in the world. Every train has oxygen supplies for each passenger and a doctor onboard. The vistas of mountainous landscapes, snow-clad mountains, green foothills and the exciting sights of the Tibetan folklore guarantee a lifetime experience.

A work of art in itself and a true Art Deco icon, the legendary Venice Simplon-Orient-Express train offers one of the most celebrated and romantic journeys in the world, from Paris or London to Venice or Istanbul. The journey crisscrosses Europe, rolling through sublime scenery to some of the old continent’s most alluring cities. Belmond, which also manages the Hiram Bingham in Peru (cf. above), guarantees an unforgettable journey. Delightful vintage cabins, gastronomic cuisine and lively onboard entertainment make a journey on this luxury train one of the world’s finest travel experiences.

The epic Trans-Siberian Railway, linking Moscow to Beijing in 15 days, is the longest continuous rail line on earth. Spanning 6 time zones, this epic journey covers 5,000 miles (9,000 km) or over one-third of the globe. It links major cities to rural towns, from the might and splendour of European Russia to the country’s mysterious Far East, hereby crossing the Urals and traversing the immense wooded expanses of Siberia. You will hop off at stops en route, hereby discovering the last home of the Romanovs in Yekaterinburg, hiking to Lake Baikal, camping out in a traditional Ger in Mongolia, and exploring the Mongoliab capital city of Ulaan Baatar. The Golden Eagle is a luxury version of the Trans-Siberian, featuring en-suite bathrooms, air-con in the summer, full heat in the winter, laundry services, TVs, a resident pianist and an English-speaking doctor. 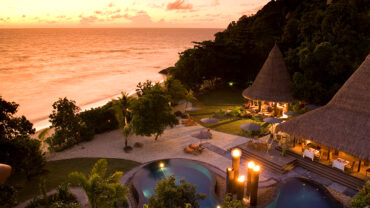