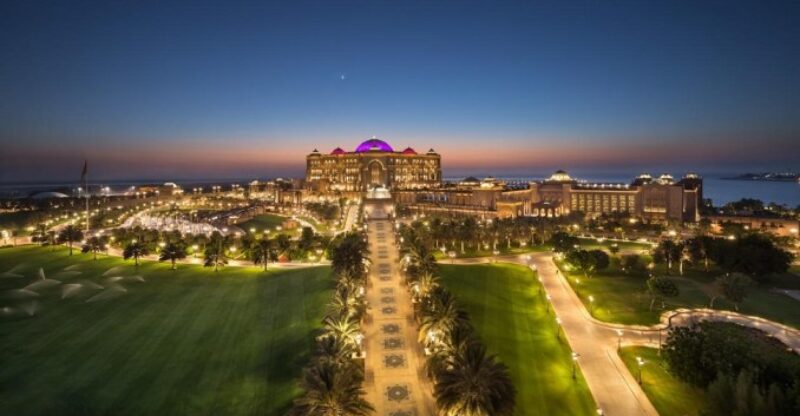 While this may sound like pure horror to some of us, some mammoth hotels have built a reputation on impressing their guests with palatial, almost galactic dimensions. While such projects are a magnet for tourism, they do not come cheap, with the costs of planning, materials, construction and manpower regularly reaching into the billions. From world-famous skyscrapers to impossibly lavish casino resorts, here are the 10 most expensive hotels ever built – so far.

The Palazzo is a luxury hotel and casino resort located on the Las Vegas Strip in Paradise, Nevada. It is the tallest completed building in the USA state of Nevada. Designed by Dallas based HKS Inc, the hotel offers all the Italian romance and flair of the neighboring, more famous Venetian hotel, but in a setting that scores higher on unassuming, understated luxury. The hotel and casino are part of a larger complex (operated as one hotel) comprising the adjoining Venetian Resort and Casino and the Sands Convention Center, all of which are owned and operated by the Las Vegas Sands Corporation. This all-suite hotel offers the largest standard accommodations on the Las Vegas Strip at 720 sq ft (67 sq m) per guest room. The hotel complex is the second largest hotel in the world.

Located in Cotai, the beating heart of Macao’s dynamic entertainment scene, City of Dreams offers thrills in style with an innovative collection of experiences – electrifying entertainment, Michelin-starred dining, designer shopping, internationally renowned art, iconic architecture, and a diverse array of exclusive accommodation – all created in collaboration with visionary talents such as legendary chef Alain Ducasse, the world’s greatest patissier Pierre Hermé and audacious show maker Franco Dragone, just to name a few. The City of Dreams features a collection of hotels: the five-star Nüwa, the world-renowned Grand Hyatt Macau, the unconventional Countdown Hotel, and the provocatively designed The Libertine that is housed in the iconic Morpheus with its exoskeleton steel frame.

The Venetian Macao is a 39-story, 3000 suites casino hotel on the Cotai Strip in Macao, modeled on its sister casino resort in Las Vegas. The Venetian Macao is the largest casino in the world, the largest single structure hotel building in Asia, and also the seventh-largest building in the world by floor area. More than 350 world-class shopping choices line a masterfully reconstructed Grand Canal, bridges spanning each bank, just as they do in Venice. An incredible array of dining options, from the food court to the Michelin-starred Golden Peacock to room service, bring guests the best of global cuisines no matter their appetite. The lead architect for the Venetian Macao was Aedas and HKS Inc joint venture, who was responsible for the design, coordination and implementation of the project on site.

Wynn Las Vegas and its adjacent, sister resort Encore hold more Forbes Travel Guide Five Star awards than any other independently operated hotel in the world. Designed to be explored and discovered, Wynn Las Vegas and Encore excite the senses of each and every guest. Hailed as luxury destinations in Las Vegas, both resorts have a total of 4,750 rooms. The rooms at both properties are elegantly appointed and equipped with advanced technologies and panoramic views. The entire Wynn complex is home to more than 20 signature restaurants, ultra-chic nightclubs and luxury shopping that brings your Las Vegas experience to a new level of distinction. Encore boasts a younger, more modern vibe than The Wynn, with well-appointed spaces paired with an exceptional level of service.

Emirates Palace is managed by Mandarin Oriental and owned by Emirates Palace Company, a subsidiary of the government of Abu Dhabi. The hotel, which is a fine example of Arabian design, was conceived to host the Gulf Cooperation Council Summit and remains the preferred venue for several high-profile conferences in the public and private sectors. It is also well recognised for welcoming several heads of state, foreign dignitaries and celebrities. The Emirates Palace hotel sits on a 1.3 km (0,8 mi) private beachfront, featuring 394 guestrooms and suites, 12 restaurants and bars, 40 meeting rooms, a concert grade auditorium and a ballroom that can accommodate up to 2,500 people. Leisure facilities include a marina, two swimming pools, a spa, and two fitness centers.

The Cosmopolitan is one of the Strip’s most famous resorts, consisting of two high-rise towers both at 184 m (604 ft) tall. Here, guests enjoy oversized residential-styled living spaces with private terraces and breathtaking views of the Las Vegas skyline. Dining is reinvented with a one-of-a-kind restaurant collection featuring world-class chefs making their Vegas debut. Stylish design and art engage cultural sensibilities while a vibrant nightlife scene captivates perceptions. The pool offers panoramic views and unrivaled service, allowing guests to choose between three distinct pool experiences. Combine it all with an eclectic mix of hand-selected boutiques, a 100,000 square foot casino, Marquee Nightclub, and Dayclub, and the serenity of the Sahra Spa, Salon & Hammam to redefine Las Vegas’ luxury resort experience.

With the award-winning destinations in Las Vegas (cf supra) and Macao in mind, Wynn Resorts created perhaps its greatest statement yet with the opening of Wynn Palace in 2016.  This incredible 28-story retreat features the finest in upscale resort living, offering 1,706 supremely sumptuous rooms and suites, tantalizing restaurants, an ultra-plush spa, and a retail esplanade featuring the world’s finest designer labels, all enhanced by just the right touch of fantasy and spectacle. As the latest entry in the family of Wynn Resorts – which have captured more Forbes Travel Guide Five Star Awards than any independent hotel company in the world – Wynn Palace has been designed to set a new standard in luxury hospitality.

At a construction cost of $5.50 billion USD, Marina Bay Sands is one of the most expensive hotels ever built. The iconic hotel comprises three 55-storey towers, 2,560 luxury rooms and suites, and 18 different room types. Designed by architect Moshe Safdie, the SkyPark floats atop the three soaring hotel towers at a height of 200 m (650 ft). This gravity-defying platform stretches longer than the Eiffel Tower laid down and is large enough to park four and a half A380 Jumbo Jets. It houses an observation deck, lush gardens, restaurants and an infinity-edge swimming pool with a legendary view. Shopaholics will rejoice in the rows of luxury retailers at The Shoppes at Marina Bay Sands. Complementing the retail space are delectable dining options, which include restaurants by celebrity chefs, fine dining and casual eateries.

The Abraj Al-Bait is a government-owned complex of seven skyscraper hotels located next to the world’s largest mosque and Islam’s most sacred site, the Great Mosque of Mecca. The central tower, the Makkah Royal Clock Tower, contains the Clock Tower Museum on its top four floors. The tower also houses has two large prayer rooms (one for men, one for women) and a Fairmont managed hotel to help provide lodging for the millions of pilgrims that travel to Mecca annually to participate in the Hajj. The developer and contractor of the complex is the Saudi Binladin Group, the Kingdom’s largest construction company. Not only is Abraj Al Bait the tallest hotel in the world (601 m or 1,972 ft), but it is also the world’s most expensive building with a total cost of construction totaling $15 billion USD. 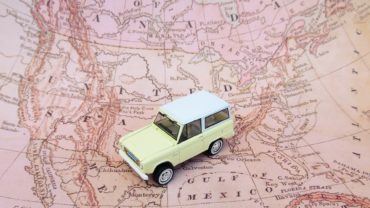