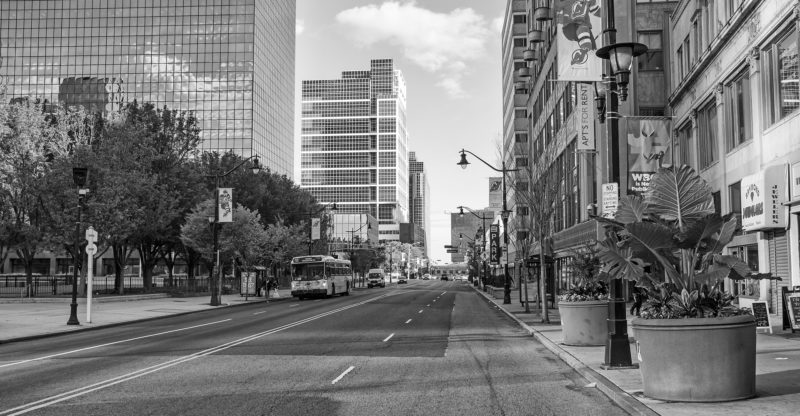 Located just opposite New York, the city of Jersey City has many advantages. Discover what to do in Jersey City through 11 must-sees!

A historic site marked in particular by the massive arrival of immigrants in Hudson County, Jersey City is today a city that is both urban and modern and characterized by a very wide diversity of cultures.

Discover in this article 11 things to do to make the most of the neighbor of Manhattan and explore all its facets: its cosmopolitan population, its history, its many green spaces, its new districts which breathe new life into the city, its cultures offer exciting activities and much more. So many reasons to visit Jersey City! 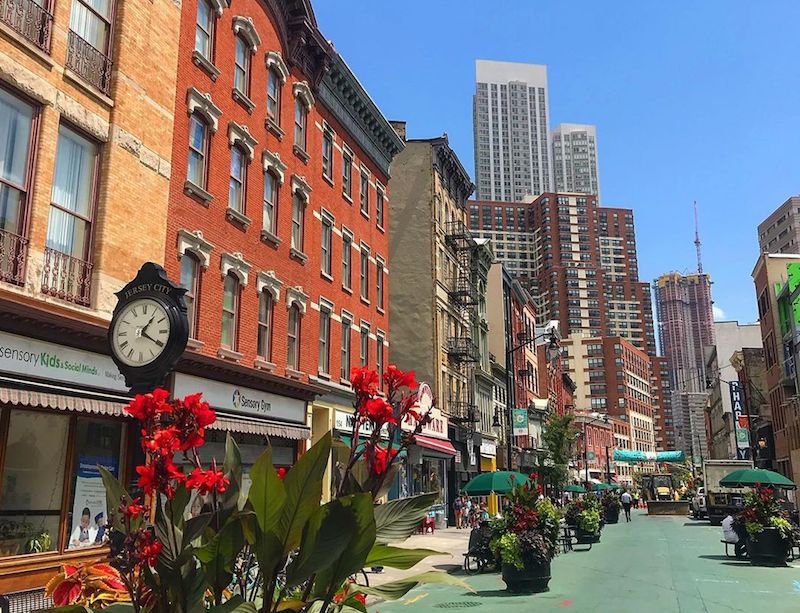 To visit Jersey City, a visit to the Historic Downtown, the historic district, is a must-see. Walking through its pretty streets lined with browstones (the famous brick houses of New York), you will have the feeling of traveling in the 19th century.

Many restaurants and shops line the district, a true American-style melting pot and a window on the diversity of the city which brings together more than 75 ethnic groups! Here you will find many points of interest in the city.

What to do in Jersey City to see some greenery? The Liberty State Park , located on the banks of the Hudson River, is the lung of Jersey City. The largest park in the city, it is also one of the most visited in the United States. Many Manhattan residents come here to unwind, tired of the hustle and bustle of Central Park.

Covering an area of ​​almost 5 km2 , the park offers visitors a splendid view of the skyscrapers of Manhattan, as well as the Statue of Liberty and Ellis Island, which you can reach by ferry.

A true haven of greenery to escape for a moment the urban landscapes of the region and enjoy various outdoor activities: walks, biking, boating, picnics, etc. Another of the park’s interests is the Liberty Science Center, which we will discuss below. 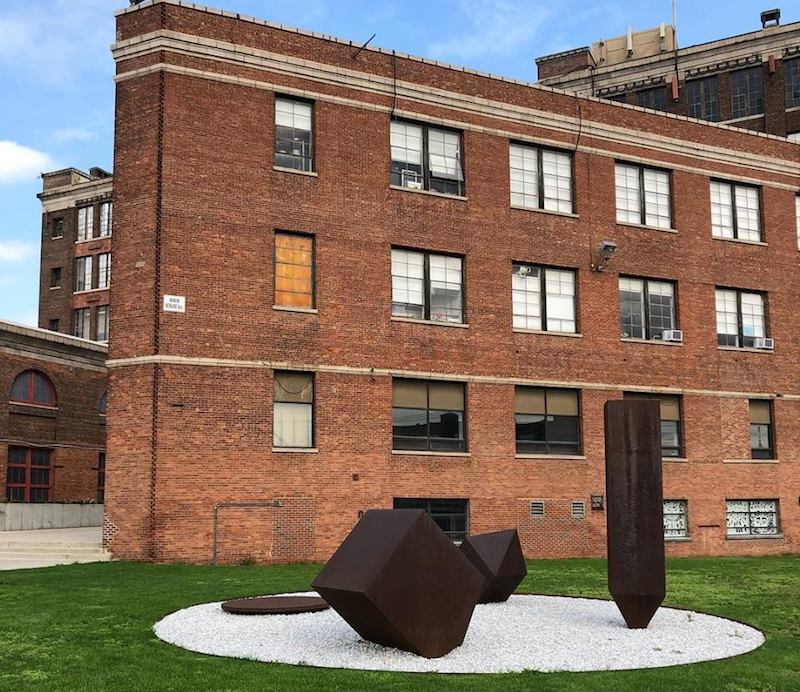 Mana contemporary is a vast cultural space, opened in 2011 mixing all the cultural diversity of Jersey City. It provides spaces, services and programs to the community, artists, collectors, students, etc. It notably includes exhibition halls, artists’ workshops and storage space for works. 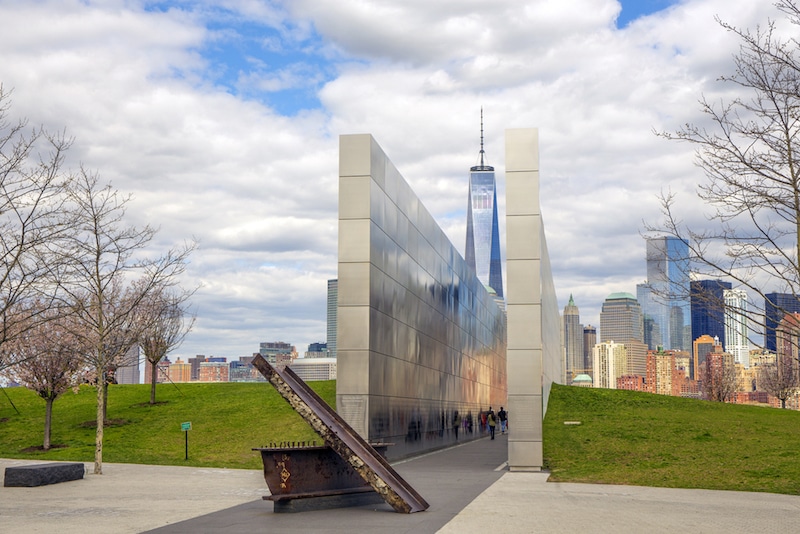 Inside Liberty State Park, Empty Sky is a memorial dedicated to the 746 victims of September 11 from Jersey City.

Created by Jessica Jamroz and Frederic Shwartz at the end of a competition, it consists of a long granite path enclosed by two imposing walls, engraved with the names of the victims and with a view of the Ground Zero where the two twin towers. 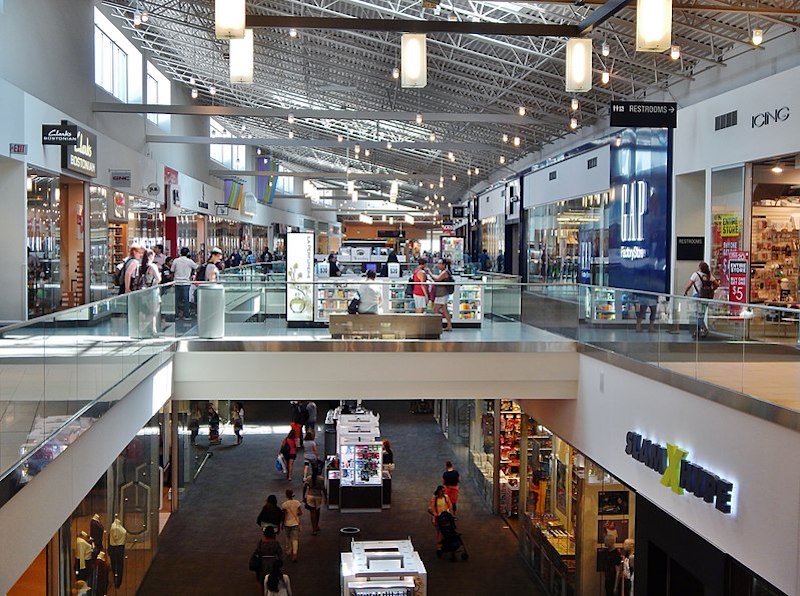 What to do in Jersey City to make the most of the hectic shopping offer in the United States? Take a tour of the Jersey Gardens Mall, a huge shopping mall with over 200 shops and great prices. From Levi’s to Calvin Klein, via Converse, you will inevitably find your happiness.

A word of advice: present your passport if you are not from the United States, and you will benefit from additional discounts. A true paradise for shopaholics! 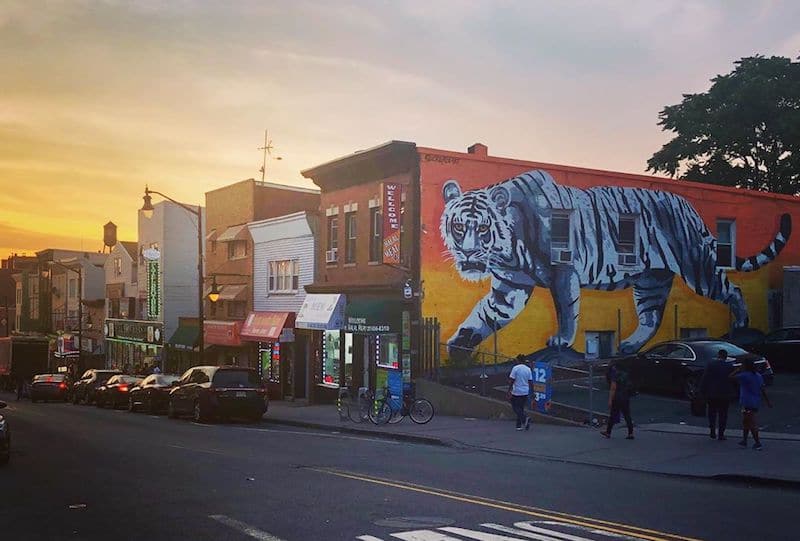 Wondering what to do in Jersey City to immerse yourself in its cosmopolitan culture? The Little Manila and Little India districts will take you on a trip to Asia!

Little India  – also known as India Square, or even Little Gujarat – is a neighborhood full of Asian shops and restaurants. It is here that one of the largest Indian communities on the American continent is concentrated. In this colorful district, you can admire beautiful street art works with oriental influences and taste delicious Indian cuisine.

Would you like to see more? What if we told you that visiting Jersey City was also an opportunity to travel to the Philippines? Little Manila is a neighborhood that offers a wide choice of shops, grocery stores, bakeries and typical restaurants. A great opportunity to discover this unique culture of Southeast Asia!

7. Ellis Island and the Immigration Museum

Ellis Island is located in Hudson, between New York and Jersey City. During the first part of the 20th century, this small island was the main entry point for immigrants arriving in the United States.

Today, immigration services have stopped working and the island is part of the National Monument to the Statue of Liberty. If a bridge connects Ellis Island with Jersey City, it is closed today because of a quarrel between the two States.

Today the island is home to the Immigration Museum which traces – through 30 galleries  – the history of the millions of immigrants who landed in the United States. A must to understand American history and its cultural diversity.

The Liberty Science Center aims to introduce you to the wonders of science and technology through a series of interactive exhibits. You can easily spend the day there!

This huge concrete building, which offers a beautiful view of Manhattan, is full of wonders for adults, but also and especially for children.

Cross the Touch Tunnel using all your senses, except your eyes! Admire one of the largest Hoberman Spheres, a spherical structure that folds in on itself thanks to a series of joints.

Finally, the Liberty Science Center has one of the largest IMAX rooms in the world (very high resolution image). Party-goers can attend LSC After Dark, an evening on the museum grounds which takes place on the third Thursday of each month after closing hours.

9. The ruins of the Railroad 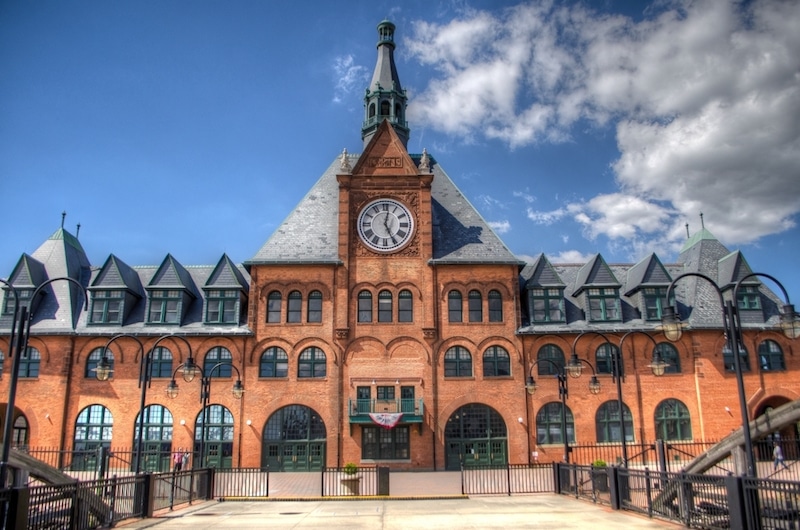 The Central Railroad is the former Jersey City station, built in 1889 . Today, nature has taken over in this timeless place, a vestige of another era.

For lovers of urban ruins, this place is a gem. Although partially renovated and incorporated into Liberty State Park to accommodate the ferry line, it has retained all its charm.

This ride is an ongoing project that allows you to walk on the west bank of the Hudson River. It offers a magnificent view of the city of New York in a calm and green setting.

A word of advice: go there during sunset and go for a walk at night. You will enjoy a breathtaking view, far from the bustle of the city that never sleeps. You now know what to do in Jersey City to enjoy a relaxing break: stop at the Hudson River Front Walkway!

The Katyn Memorial is a curious statue swearing in with the sparkling modernity of the Hudson River Walkway. It represents a brutal scene: a bronze soldier 10 meters high impaled on a bayonet.

This unusual monument, created by the Polish-American sculptor Andrzej Pitynski , actually pays tribute to the victims of the Katyn massacre, in which more than 20,000 Polish soldiers were massacred on the orders of Stalin, after the invasion of Poland by the Soviet Union in 1940. 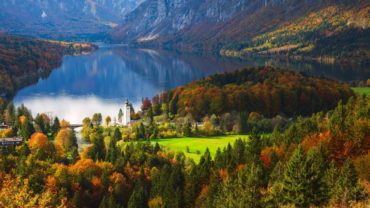