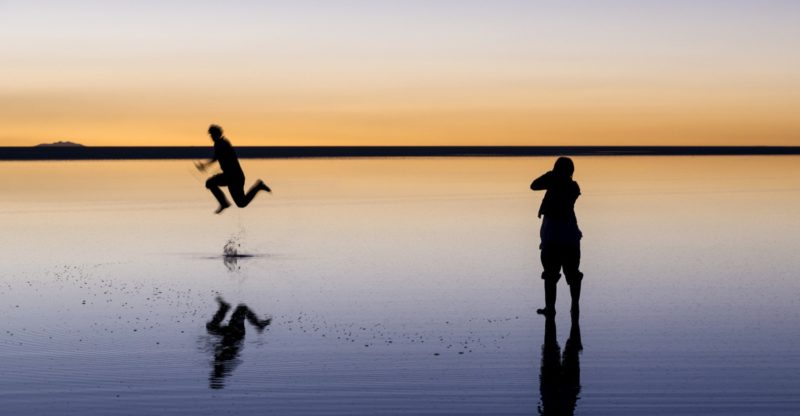 That ever-growing travel wish list might be putting some pressure on your pocket – but there are plenty of destinations where you’ll get more bang for your buck. From Greece to Guatemala, here are 20 places you can visit without breaking the bank.

There’s a reason why Thailand remains so popular with backpackers – it’s got idyllic islands, a rich culture, beach-huts aplenty, tantalising cuisine and adventures galore, and all available at often staggeringly low prices. Despite the well-trodden routes through the country, it’s not hard to get away from the crowds. Check out Nakhon Si Thammarat for some of the very best food the country has to offer, or hire a motorbike to make the 600km trip along the Mae Hong Son Loop through the forested northern mountains.

One of the great things about travelling in South Africa is that it’s possible to have a safari experience here – complete with the Big Five – without encountering a budget-breaking bill. Head to Hluhluwe-Imfolozi to see white rhino and to avoid the crowds of Kruger, to the Drakensberg for superlative hiking, and don’t forget to factor in at least a few days in amazing Cape Town.

Despite a remarkable rate of change over the decades since the end of the American War, Vietnam remains amazing value for Western visitors. The country’s greatest attraction is its sublime countryside, from the limestone karsts of the north to the waterways and paddy fields of the Mekong Delta, with blissful beaches and frenetic cities crammed in between.

Then there’s the cuisine – pull up a stool at a pho stall and for only a couple of dollars you’ll eating some of the best food on offer, shoulder to shoulder with the locals.

If you’ve already visited Brazil and Argentina, or are just looking for a better value destination, head instead to neighbouring Uruguay. You’ll be relieved to hear you can still find excellent steak here; plus, there plenty of lovely beaches to choose from – head to Cabo Polonio for quieter sands and abundant wildlife – and the gorgeous old capital of Montevideo.

Since relations between Cuba and the US started rapidly warming up, there’s never been a better time to visit this Caribbean island. Go now before it changes beyond recognition – and before the prices start to go up and up even more. Hit the salsa clubs of Havana, get caught up in the heady July carnival of Santiago, or dip your toes in the warm Caribbean at Varadero Beach – whatever you do, you’ll find it hard not to leave utterly intoxicated.

Despite being firmly on the tourist – not to mention bachelor party – trail these days, Prague still remains one of Europe’s cheapest capital cities to visit. For just a few Czech Crowns you can enjoy a hearty meal, washed down with decent local beer (of course). The city itself is a beauty, crammed full of history and perfect for leisurely explorations by foot.Want to explore more of Europe on the cheap?

Greece has been having a tough time economically in recent years. It finally started trading on financial markets in mid-2018 after eights years of bailouts, but for many, making ends meet day-to-day is still hard. If anything, the financial situation is all the more reason to travel here and to support the local people. The situation does mean that prices are still cheaper than they once were, so you might be able to squeeze an extra island or two into your itinerary. Pay by credit card for whatever you can in advance, but take enough cash with you for your travels, and you’re pretty much guaranteed an amazing trip.

It’s hard not to fall under the spell of Guatemala and its compelling mix of natural beauty, Mayan traditions and colonial legacies. Rock-bottom prices make this one of the best places to study Spanish; once your linguistic skills are up to scratch, jump onto one of the country’s famous camionetas or “chicken buses” to explore. Soak up the sights of graceful Antigua in the south of the country, or be wowed by the monumental Maya temples of Tikal.

Often unfairly overlooked, Bulgaria has a lot to offer budget travellers – not least some of the most deserted beaches in Europe, at bargain prices. In addition to its appealing coastline, there’s also lots of lovely old towns, including Varna on the coast and ancient Plovdiv, one of two European Capitals of Culture in 2019 . Bulgaria also boasts a number of dramatic mountain ranges that are perfect for exploration on foot or by bike.

India remains one of the ultimate destinations for budget travellers; there are few countries where you can still travel so extensively and eat so well for so little. If you’re after a beach break, eschew Goa for the gorgeous beaches of the temple town of Gokarna; for amazing food, it’s hard to beat the puris and kebabs of Mumbai’s street stalls; or head to the Golden City of Jaisalmer from where you can explore the seemingly endless sands of the Thar Desert. Need more inspiration?

Portugal remains one of the best bargains in Western Europe, and is especially worth considering if you want to avoid the more crowded resorts and cities of Spain. Skip the Algarve for the ruggedly beautiful Alentejo coast (with its cheap, fresh seafood) and vibrant, uber cool Lisbon.

One of the cheapest countries in South America, Bolivia is also one of it’s most misunderstood. Travelling here may be a little uncomfortable at times, but it’s more than worth it for the wealth of amazing sights on offer. Top of the list is undoubtedly the astounding Salar de Uyuni salt flats, a two or three day tour of which will usually set you back less than £100/$150.

Your budget will definitely stretch to tacos and tequila aplenty in Mexico – which is great news as there’s a lot of ground to cover in this vibrant country. Whether you want to string your hammock up along dazzling white sands, sample some of the country’s best street food in Oaxaca or cool off in a crystal-clear cenote (sunken swimming hole), the country will leave you eager to come back for more.

You can’t escape from music in New Orleans – and with buskers on what often seems like every corner, and music in every courtyard and bar, it’s not hard to experience the city’s musical heritage without spending much more than the price of a beer. The city is best experienced slowly, and on foot; it’s hard to beat people-watching over a cup of coffee and a plate of sugar-dusted beignets at the Café du Monde.

Even in a region of budget-friendly destinations, Laos stands out. It’s hard not to be captivated by the slow pace of the country; head just north of elegant Luang Prabang to riverside Nong Khiaw, where for small change you can bag a waterside bungalow and watch the boats travel up and down the karst-surrounded river over a cold bottle of Beer Lao.

Africa’s smallest country is already known for its beautiful beaches, but it’s well worth venturing beyond them to experience its other delights. Top of the list has to be the Chimp Rehabilitation Centre in the River Gambia National Park, where you can watch the primates in their natural habitat. For birdlife, Baobolong Wetland Reserve is arguably the best place for ornithology on the continent, and is at its most atmospheric at sunset.

The biggest appeal for budget – if not all travellers – to Shanghai is undoubtedly the abundance of amazing street food on offer, from xiao long bao soup dumplings to scallion pancakes and sticky rice parcels (zongzi). It’s still possible to find an accommodation bargain at the lower end of the scale, and much of the city’s appeal lies in exploring its busy streets on foot and experiencing for yourself the juxtaposition between old and new China.

With one foot in Europe and the other in Asia, Istanbul is undeniably alluring. Though seeing all the major sights – the Aya Sofya, Blue Mosque and Topkapi Palace to name but a few – can quickly eat into your lira, the city can still be great for tighter budgets. Arguably the best ways to really soak up the city are from a Bosphorus ferry, wandering the streets of the Grand Bazaar, or on a streetside terrace with a freshly-cooked kebab –

First things first – we know London is not cheap. There’s no denying that even staying in hostels, using public transport and eating in cafés is going to massively eat into your budget. But – and it’s a big but – there are few places in the world that can rival the capital city for its plethora of free sights, where you can see the Rosetta Stone and the Lindow Man, works by Monet and Dalí, not to mention dinosaur and blue whale skeletons, for absolutely nothing.

Considering the abundance of mind-blowing ancient sights, you’d expect travel in Egypt to cost a lot more than it does. Sure, if you tick off all the major attractions – including the Pyramids, the Valley of the Kings and Abu Simbel – then costs are going to creep up, but tempered with cheap (and excellent) food and decent budget accommodation, it’s not hard to feel like you’re almost able to live like a Pharaoh. Note, that due to safety concerns some governments currently advise against travel to certain parts of the country; check the latest advice before you go. 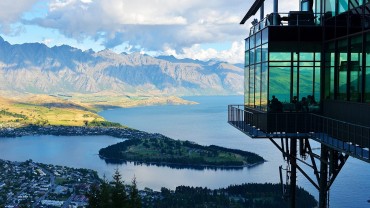