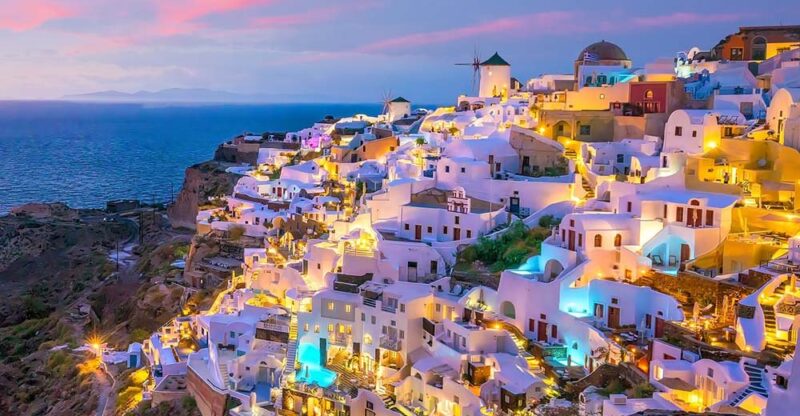 Greece is a captivating land of beauty with an infinite variety of landscapes. From rugged snow-clad mountains and ancient archaeological sites to turquoise waters and white sandy beaches, Greece can fulfill every traveler’s desires.

Along with the stunning Greek Islands, some of the unique places to visit in Greece are the country’s amazing historical sites. With its mix of spectacular beauty and history, Greece is undoubtedly among the top destinations to visit.

There are various places to visit and amazing things to do in Greece to serve every type of traveler around the globe. If you’re planning a trip soon, and willing to discover Greece’s unique, alternative and secret side then read on!

Among these most unique places to visit in Greece is Chania Town, which lies along the northwest coast of the island Crete. It mixes the mansions of Venice with the panache of Ottoman architecture.

The unusual architecture of the place has been a backdrop to numerous Hollywood flicks and TV series. It is among the best places to visit in Greece for its cobbled streets and more than welcoming locals.

The Venetian lighthouse proudly overlooks the panoramic views of the city.

2. Santorini – Diamond of the Aegean

Probably one of the most popular places to visit in Greece, Santorini is the diamond of the Aegean. Thousands are attracted to the staggering beauty of this island every year and leave understanding the fact that there is nothing like it anywhere else in the world.

This magnificently beautiful place is one of the most picturesque of all the Greek Islands. The scenic and the iconic island of Santorini must be seen to be believed.

The breathtaking beauty, along with its cozy houses and small bistros are remarkable. There are numerous ancient churches, cathedrals, monasteries, monuments, and buildings which add up to the nature of the place.

Take a dip in the turquoise waters, stroll around the charming villages and dine in the fine restaurants. Santorini will surely steal your heart. This is easily one of the unique places to visit in Greece.

From its volcanic beaches and whitewashed houses to its incredible sunsets and scenery, Santorini is undoubtedly one of the best places to visit in Greece.

If you’re interested in the Eastern Orthodox belief and aren’t scared of heights, then hiking up to these 1,000-foot-high monasteries in the misty valleys of Meteora is one of the best things to do in Greece.

Meteora is not only among the most unique places to visit in Greece but in Europe as a whole! Situated in the heart of northern Greece, Meteora is the place for some of the world’s most stunning Orthodox churches.

The Meteora Monasteries are also among the few UNESCO world heritage sites that have been awarded a double status, i.e., one for art and one for nature. The spectacular cliffs and hoodoos of Meteora have acquired both.

The Great Meteoron Monastery is home to priceless Byzantine-era manuscripts and an ossuary containing the skulls of monks who have lived there. It’s among the oldest and largest of the monasteries.

Built around the 17th century, Meteora is a place that will make you spellbound. A land where people live in the sky and still worship God with a passion of an ancient age.

4. Nafplio – The playground of the Athens elite

Influenced over the centuries by numerous cultures, Nafplio is a playground of the Athens elite and a popular place to visit in Greece for the rich and famous.

This patriotic and cordial town was once the capital of Greece. Apart from the historical background, Nafplio also offers some great restaurants, bistros, and beaches where you can chill out.

Explore the winding alleys of the town and admire the stunning architecture. Walk along the esplanade and dine on some of the finest seafood and fresh Greek salad, while million-dollar yachts dock in the harbor next to you. Try the Grilled Octopus and Chicken in Ouzo sauce along with a salad of eggplant and garlic.

The seaside town of Nafplio is one of the most underrated cities in Europe and the perfect destination for couples and families for a honeymoon or anniversary celebration. Just two hours away from Athens, Nafplio offers a leisurely break from the hustle and bustle of Greece’s capital.

Wander around the Old Town on foot, or stop by the Archaeological Museum for a comprehensive look into ancient Greek artifacts. Later, visit the Fortress of Palamidi, which offers stunning panoramic views of Nafplio.

Centuries-old history is carefully preserved at the Epidaurus Theatre, where over ten thousand spectators once gathered to watch entertaining shows and attend local events.

Nafplio is undoubtedly one of the unique places to visit in Greece. Don’t miss exploring this place during your trip.

Corfu is a land of rich cultural heritage and is undoubtedly among the best islands to visit in Greece. A Greek city beloved for its rugged mountains and white sandy beaches, which is also a UNESCO Heritage World Site.

Look for your ideal bliss on one of the many beaches this island has to offer. Relax on Glyfada Beach and sip a cocktail at a classy beach club. Ride on a four-wheeler through olive groves and witness a scenic bayside bordering the Ionian Sea. Moreover, you can enjoy a wine tasting in the countryside just outside the city.

Don’t miss a chance to visit Achilleion Palace up nearby, where Austrian royalty once lived, and which promises some of the excellent photographic opportunities on the island.

Zakynthos is one of the most beautiful destinations in the entire Mediterranean and home to some of the Greek Islands’ great nightlife. Huge chalk-white cliffs, turquoise water, and white sandy beaches give Zakynthos its signature beauty.

If you want to divert yourself away from the beach for some time, you may consider visiting the old ruins of the Venetian Castle. This visit is one of the best things to do in Zakynthos town.

The island is also home to the spectacular Shipwreck Cove, known as Navagio beach, which is one of the most photographed spots in the country. This alone makes Zakynthos a must-visit place for travelers. Another noteworthy breathtaking cove is Porto Azzure, a great place to chill out in the afternoon.

The Greek-run restaurant Lofos has the best views of Zakynthos’ rugged interior. Ideal place for sunset dinner and drinks (You’ll also likely get a free dessert without ordering one!). Book a table along the deck, sit back, and look over the cliff down towards the farmlands beneath and with the Ionian Sea in the distance.

Rhodes, popularly known as the ‘Knights’ Island, is a little gem on the largest Greek island of Dodecanese. It has a rich historical past, which you can understand by its historical buildings and monuments.

The ambiance in Rhodes Old Town is simply unique. Rhodes’ medieval city is a must-visit attraction. This UNESCO World Heritage site is considered the largest and best-preserved fortified city in Europe!

The Palace of the Grand Master of the Knights of Rhodes is one of the first castles built by the knights. Inside, you will get to see a museum devoted to Rhodes’ history and the Grand Master’s apartment, with its marvelous mosaic floors.

After visiting Rhodes’ old town, you can head outside the fortified walls to visit Mandraki, the modern city. In the harbor, you will witness the three mills of Rhodes along with the place where the great Colossus of Rhodes was built.

Moreover, you can visit the Theatre and the Pythian Temple of Apollo. This archaeological site is not at all big, but entry is free.

Greece is packed with historical wonders and has a mythology that dates back thousands of years.
Greece offers almost everything which a traveler could ever ask for. Here we have come up with seven unique places to visit in Greece apart from the capital Athens.

If you want to explore this Mediterranean country, plan an exciting trip to Greece and a unique holiday experience. 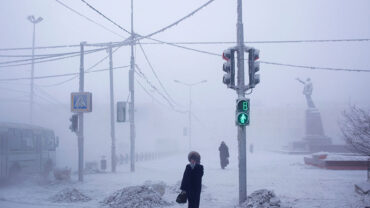