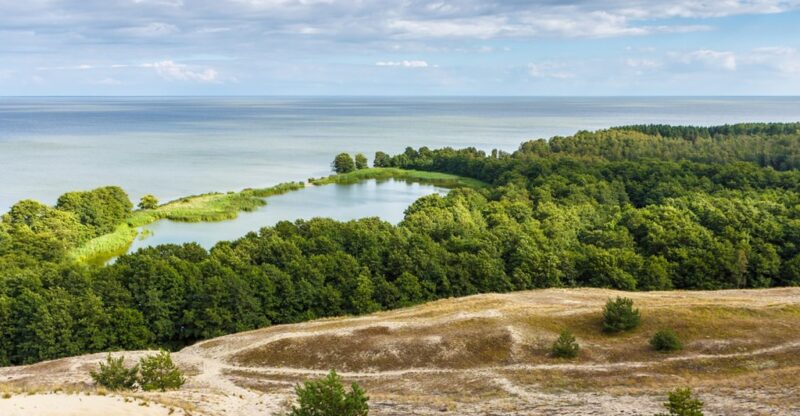 Tranquility at the foot of the Tatra Mountains | © PixabayTatra National Park

On the borders of Southern-Central Poland and Northern-Central Slovakia, is a beautiful park that boasts a mountain range, well over 300 caves, and a variety of flora and fauna. The idyllic Tatra is perfect for trekkers, with its 600 kilometers (373 miles) of hiking trails and plenty of tranquil lakes to take in the scenery.

One of the newest in Europe – and one of only five in Lithuania –  Kuršių Nerijais a national park set up to protect the ecosystems of the Curonian Spit. Stretching for almost 100km (62 miles) to separate the Curonian Lagoon from the Baltic Sea, the Spit is famed for its fine sandy beaches and wonderful pine forests inhabited by deer, elk and wild boar. This UNESCO World Heritage Site sits half in Russian territory, half in Lithuanian.

Those looking to hit the slopes will be in heaven here. Gran Paradiso National Park is a protected area, nestled high in the Graian Alps of northern Italy, close to the French border. While the nearby French Alps may be enticing, Gran Paradiso more than holds its own with over 700km² (270 square miles) of relaxing land, ski trails, hiking routes, plentiful flora and, of course, its protected symbol, the Alpine ibex.

The Danube Delta connects to the Black Sea in Romania and its Biosphere Reserve is one of the largest bird havens you’re ever likely to visit. Home to around 70% of the world’s white pelicans, this attractive wetland also welcomes cormorants, terns and white-tailed eagles to the final passages of the River Danube.

Weaving its way through ten countries, the Danube Delta stretches for 2, 800km (1, 740 miles) and is the second largest in Europe, only pipped to the post by the River Volga. Guided boat tours, which take place regularly, allow you to experience the beauty of this reserve in its full glory.

Landscape with the Ara river in the Bujaruelo valley, Spain |

When you think of Spain, do you only think sun, sea and sandy beaches? Allow us to change your perception. On the edge of the southern French border in North-West Spain is Ordesa and Monte Perdido, a UNESCO World Heritage Site since 1977. Home to vast green spaces, high mountains and rare wildlife, visitors travel here to enjoy its rural tranquility and the gentle flow of water in its streams and lakes.

Wooden boat in the water lilies on Skadar lake |

Another of Europe’s top bird habitats, Lake Skadar National Park is 400km² (154 square miles) of pure bliss: think rolling hills, crystal clear water and floating meadows of water lilies. This national park has protected the largest lake in southern Europe since 1983, and sits in both Montenegro and Albania.

Last but not least is Saxon-Switzerland, a 700-km² (270-square-mile) national park in Eastern Germany. Packed with rocky terrain, hilltop castles, breathtaking viewing peaks and deep valleys, the secret hiker in you will love exploring this park. Snaking past Saxon-Switzerland is the River Elbe, where experienced rowers can take on a challenge or simply marvel at the wonder itself. Unbelievably, it is estimated that 40% of the forest remains untouched by human intervention.