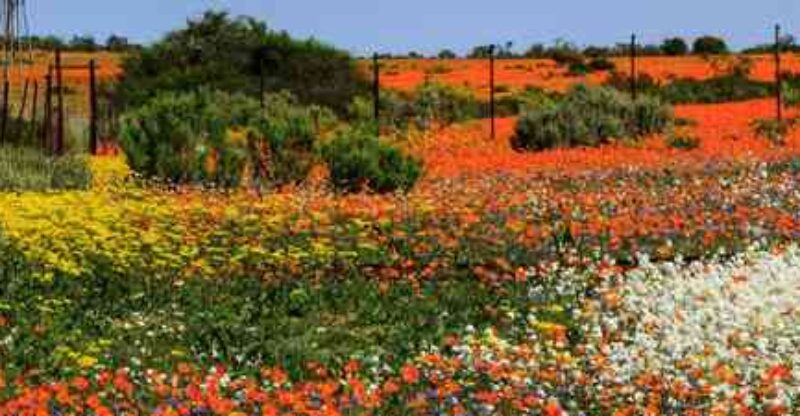 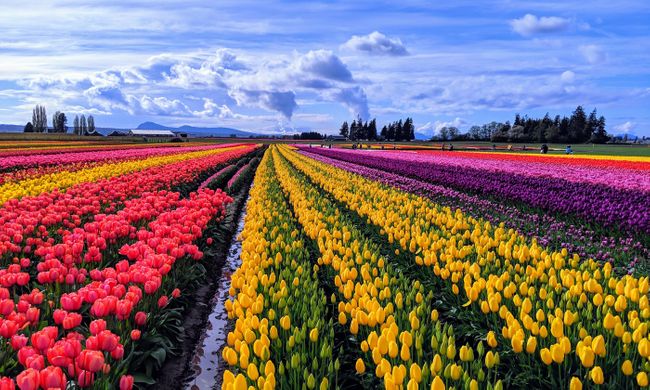 While summer is prime time for a road trip and winter sees the peaks of the mountains caked in snow, spring is when you will see Skagit Valley at its brightest.

Every April, row upon neat row of rainbow-hued tulips pops up, stretching in long lines further than the eye can see, under a brilliant blue sky. So spectacular are the tulips that a festival is thrown in their honour every year, with a host of fun activities including photo competitions, barbecues and even helicopter rides that allow you to appreciate the flowers from above.

Combine the cheery scene with one of the many hiking trails that cut through the Skagit Valley. Look out for wildlife, too. The area is home to an abundance of birds and you’ll likely see elk patrolling the woodland. 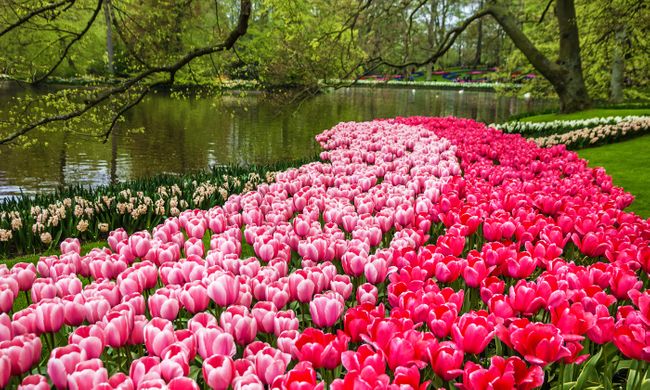 How could we talk about tulips and not mention Holland? You’ll see the brightly coloured flowers pop up in clusters all over the region during the spring. The place where you’ll find the most, however, is in the Keukenhof Gardens in Lisse, a short bus journey away from Amsterdam.

Despite dating back to the 15th century, the park was only transformed into a spring paradise in 1949, when a group of bulb experts planted an assortment of tulips. More than 70 years later, the garden still attracts droves of visitors from mid-March to mid-May, making it one of the most popular spring gardens in the world. 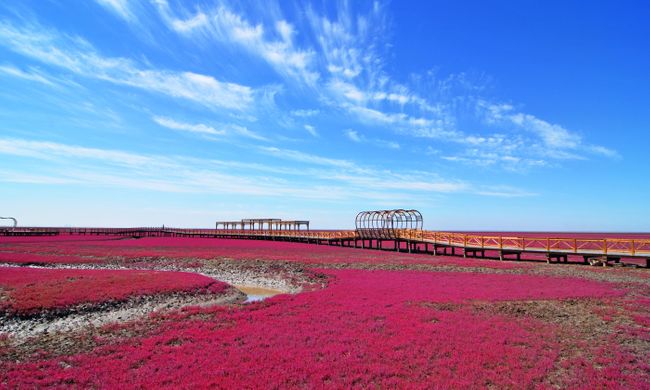 Red Beach in Panjin, China is part of the largest marsh in the world but is much more eye-catching than your usual wetland area.

Red Beach opens to visitors from May to October every year, when a rare form of the plant chenopodium covers the land in a crimson carpet, with emerald patches of green breaking up the colour.

Admire the red riot from above, by walking across the artfully-arranged wooden bridges. Look out for rare species of birds in the area, too, including the red crane and Saunders’s gull. 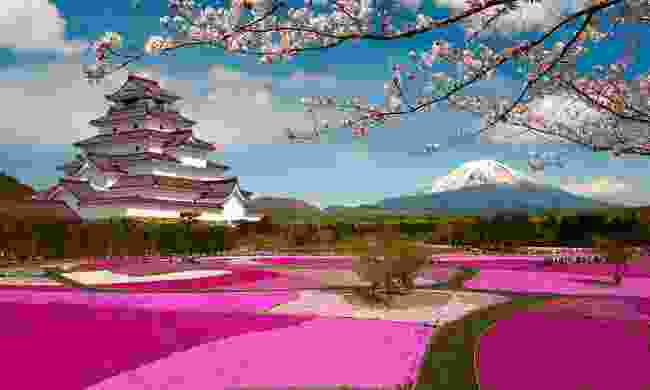 Japan’s cherry blossoms are a travel classic, and seeing the pastel pink petals fluttering across trees and entire parks never stops being spectacular. But did you know that Japan is home to another pretty-in-pink spring bloom: shibazakura?

When in bloom, this flower turns the land at the foot of Mount Fuji into a pink carpet that contrasts against the white peak, instantly highlighting the entire landscape. 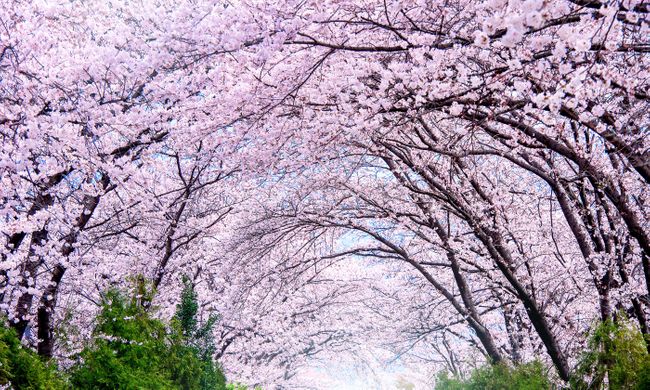 For an alternative cherry blossom hot spot, look no further than South Korea’s capital. Between late March and early May, South Korea’s trees are adorned with pink flowers, and blossom festivals pop up all across the country.

Seoul Forest is a great place for admiring petals, especially if you want to escape the crowds. Kyunghee University also offers a quiet viewing location, while Seoul Grand Park provides a whole array of blossom trees within a more bustling environment. Yeouido Park is often touted as the best place to see the blossoms. 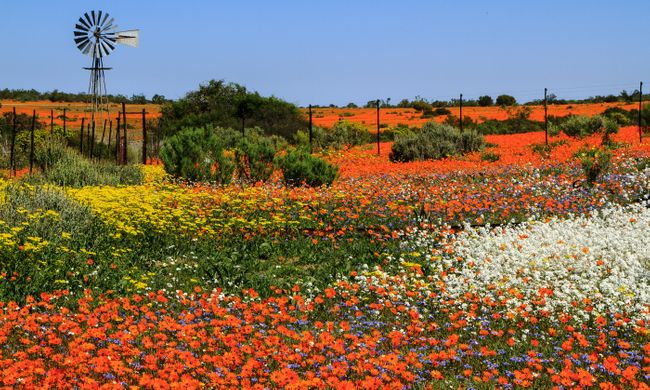 For most of the year, Namaqualand in South Africa is an arid place, where the lack of rain creates a hostile environment for plants to grow. However, after August’s winter rain, the landscape explodes into a riot of colour: wildflowers in purples, oranges and whites growing between the grass.

The area includes many endemic plants (yellow leucospermum reflexum, snow protea, blue lachanaea filamentosa, pink cyanella alba to name but a few). Increase your chances of seeing the most colourful spots by hiring a guide and embarking on a walking tour. The guide will know where the most beautiful places are and will be able to tell you more about each plant. 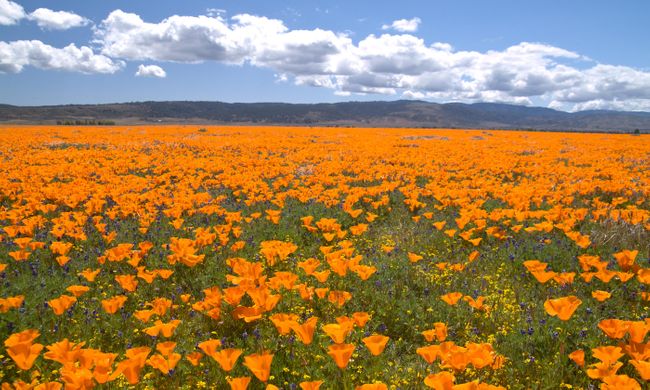 Antelope Valley California Poppy Reserve offers over 12km of walking trails, perfect for weaving you through the never-ending landscape of wild poppies. Combined with the mighty mountains in the background, it makes for quite a picture.

Although they can start growing from as early as February, peak wildflower season is usually between late March and early April. Be sure to check the weather forecast before you head out, as the poppies open up in the heat, and curl up when it’s cold. 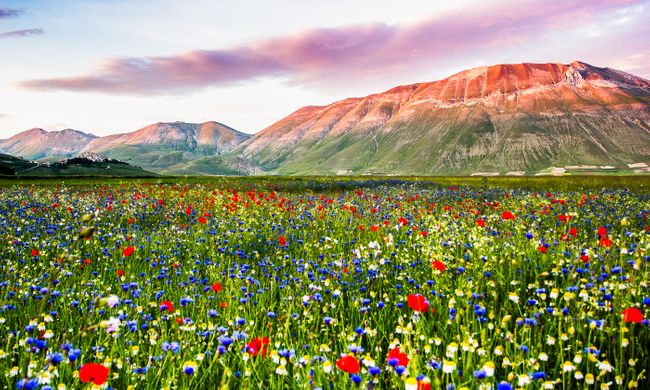 From the beginning of May, and reaching their rouge peak by end of June, poppies can be admired throughout spring through to summer on the Piani di Castelluccio plain in Umbria, Italy. The varying shades of red produce a picture-perfect landscape, backed by undulating mountains.

Known as the green heart of Italy, with its vineyards, green hills and wildflowers, this region of Italy is beautiful any time of the year, but these poppies are hard to top. Make the most of the hiking trails that criss-cross Umbria to admire the flowers from every angle. 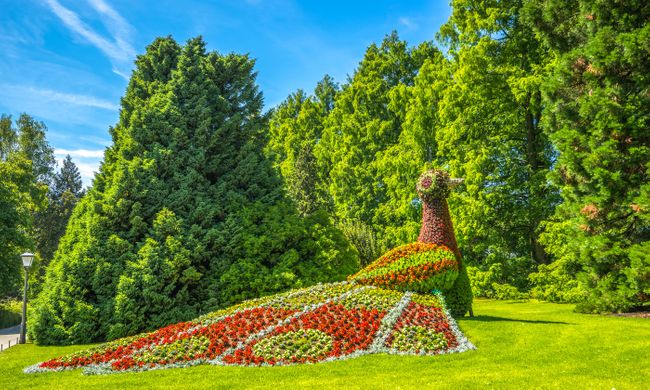 An outcrop in southwestern Germany, this entire island is a well-manicured botanical garden, offering up bold flower sculptures, more than 500 species of deciduous and coniferous trees, and nature’s version of an art gallery.

Walk around the island, pausing to see the detail in each flower bed and noticing how nature has been made to cover every surface, winding their way up staircases and even crossing the surfaces of ponds. 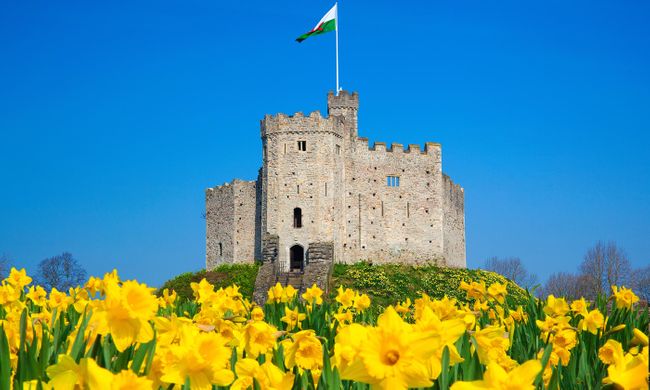 What better place to see daffodils that in the capital of Wales, where daffodils are the national flower? One of the first flowers to be seen in spring, the yellow daffodils remain a firm British favourite.

Walk around Cardiff between late February and early April to see the flowers spring up on almost any patch of grass they can find. Particularly beautiful are the daffodils that grow on the grassy hill outside Cardiff Castle. 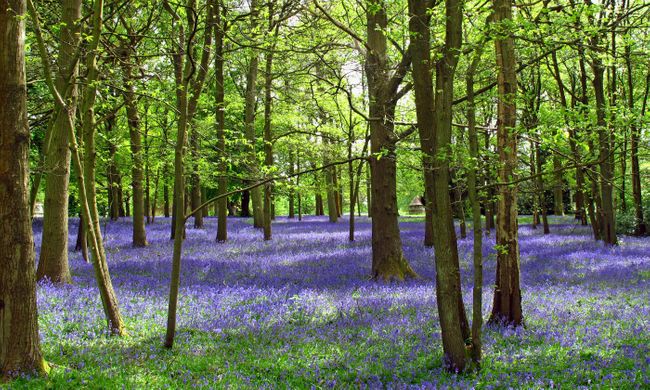 To see another classic British springtime flower, go for a walk in Ashenbank Wood in Kent to see a floor that has been transformed into an enchanted forest by the bluebells that thrive here.

The bluebells can be seen from early March, making it the perfect place for your first spring walk of the year. 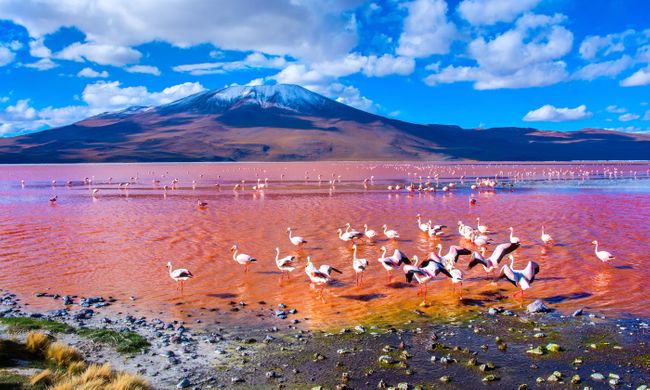 Colourful scenes don’t just mean flowers. Near Uyuni, Bolivia, the bright red plankton on the surface of Laguna Colorada (aka Red Lake) draw in a flamboyance of flamingos each spring.

The rosy-coloured birds stand in clusters with their legs in the lake’s salty waters, and flit through the sky for a vibrant photo opportunity. Technically, you can see these feathered birds year-round, but the wet season (roughly November to April) attracts more than usual.

I hope you enjoyed this article, if you did, could you please support my work by booking your next trip using Tripadvisor Thank you. 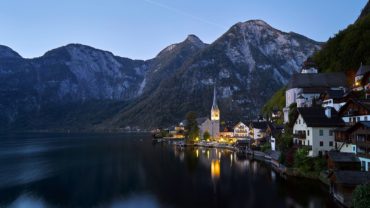