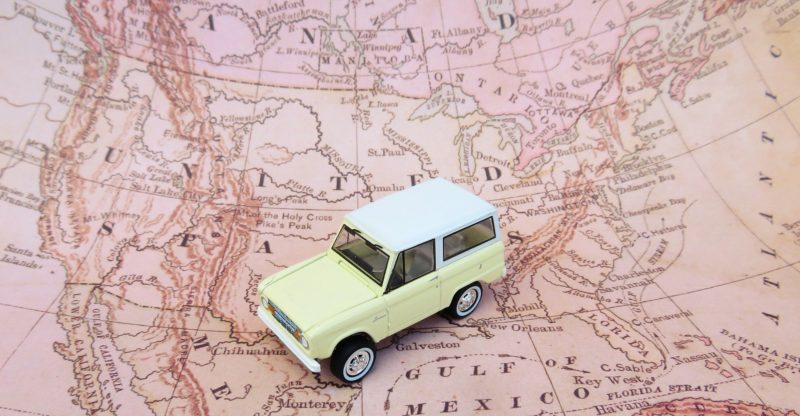 Few countries in the world can claim the geographical glories of the United States. We live in a country flanked by the two largest oceans, boasting expansive mountain ranges, fruited plains, and hundreds of thousands of lakes, rivers, and canyons. It’s not a bad place to live.

The introduction of President Eisenhower’s Interstate Highway System in 1956 made it far easier to traverse our country and see its natural wonders. By design, the interstate highways were meant to make the idea of traveling across the States more attractive, and also make evacuations from large cities easier (just in case the plot of Red Dawn played out).

Apex-hunting and pulse-quickening drives were not on Ike’s agenda, sadly. But all those (now easily accessible) lakes, rivers, and canyons lay down, it’s unbelievable natural contours for perfect driving roads. If you find yourself driving cross country on the interstate this year, make sure you set aside some time to find the exit for these hidden asphalt gems found beyond the truck stops.

Starting just across the river from Coopersfield Campground in Oxbow, Oregon, and continuing all the way to Hells Canyon Dam, the appropriately named Hells Canyon Road runs along the Snake River for 22 miles. Hugging the jagged canyon walls, the two-lane strip of blacktop undulates and creases the entire way.

When you do eventually get to the Hells Canyon Dam, you’ll find only Park Service vehicles are allowed further, so you’ll have to turn around and head back the way you came. But going 44 miles out of your way never looked so good.

Flanked as it is by the Mauna Kea and Mauna Loa volcanoes, Saddle Road isn’t short on breathtaking views. The naturally-chaotic volcanic formations give way to the perfect canvas of asphalt and a scenic downhill run to the crystal-blue waters of the Pacific.

There’s no doubt western Oregon is full of great roads. But what really makes these asphalt oases some of the best in the country: traffic is nonexistent. You’ll go for miles without seeing another car — and if you do happen across a slower-moving vehicle, most of the time they’ll just pull over to get out of the way.

The Pacific Coast Highway may get the spotlight for kissing the ocean for the length of California, but tucked away in the hills above California Route 1 are some of the best driving roads in America. There’s a whole web of banked switchbacks, cresting and dipping tarmac that branches out from Route 1 — with Mulholland Highway at its center.

Just short of an hour north of Manhattan is Route 9W. It’s a highway that starts out unassuming enough but then meanders around Bear Mountain State Park, where curves are abundant. Take the exit for the Storm King Highway, and the contemptuously-named route leads you along the Palisades, a cliffside drive with views 1,000 feet over the Hudson River.

Northern Idaho finds itself planted right in the middle of the American Rockies, so you’d be hard-pressed to find boring roads anywhere…but Old Highway 95 is definitely a highlight.

Old Highway 95 cascades down from the Rockies and through the Nez Perce-Clearwater National Forest; the road is akin to the Stelvio Pass in the Alps. Roads like this are few and far between in the world, let alone in the United States.

The Rockies may have great driving roads, but because winter tends to be harsher in that part of the country, all the good roads shut down. Down in the southern tip of the Appalachians, they don’t have those problems  — so these roads boast year-round apex-hunting season. Route 348 takes a serpentine path across the wrinkled region of northern Georgia — and although wintery weather is rare here when it does snow, it’s nothing a set of Blizzaks can’t handle.

If the Nurburgring is the Green Hell, then M119 north out of Harbor Springs, Michigan is probably the Green Heaven. Officially nicknamed the Tunnel of Trees, what M119 lacks in elevation change it makes up for in twisties and constant, peacefully green canopy.

If there’s one great thing about driving through the Colorado Rockies, it’s that the weaving mountain roads passing valleys, rivers and an ocean of evergreens provide great white-knuckle driving. The downside is, that remote roads like Route 82 from Twin Lakes to Aspen are shut down during the winter due to snowfall. Still, let the limited window of drivability entices you into a spirited summer drive.

With more mountain ranges than any other state, there’s no doubt Nevada has a great crop of driving roads. Just 45 minutes west of Las Vegas, the run to the peak of Mount Charleston may be one of the shorter routes on the list, but it’s probably one of the better ways to shake any woes you’d rather leave in Sin City. 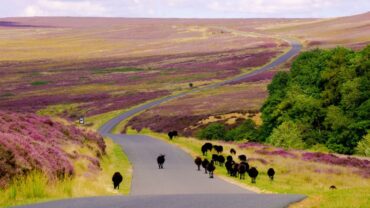