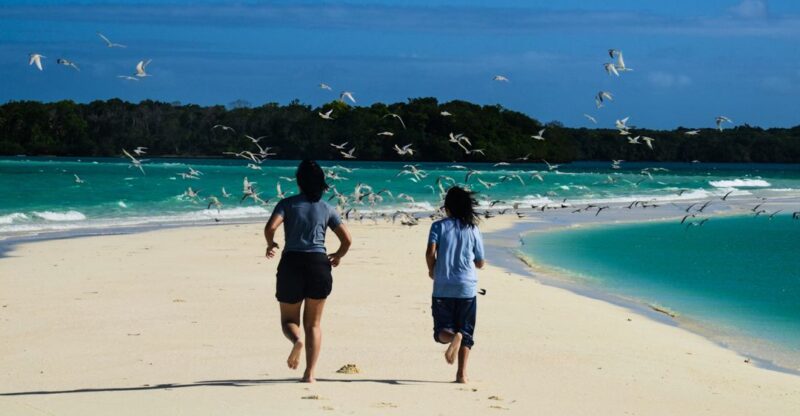 Indonesia draws travellers from across the globe due to a rich cultural diversity, age-old traditions, varied cuisine and biodiversity that’s hardly rivalled in Asia. But apart from cultural and culinary treasures, this massive nation consists of over 17,000 islands. Generally, islands are often mentioned in the same breath as beaches, and Indonesia is no exception to this.

So before you start packing your flip-flops and (coral-friendly) sunblock, read our list of 10 gorgeous beaches to visit in Indonesia, the largest island nation in the world.

While the east of Java is dominated by towering volcanoes and endless agricultural land, this region pleases beach bums with some pristine waterfronts. Pantai Wedi Ireng is one of them, a gem that can only be reached by boat from nearby Pantai Mustika. Along the way, the vessel will meander between a bundle of scenic islands, so it’s wise to keep your camera ready. Once you’ve arrived at this cove by boat, you’ll instantly notice the thick jungle and pointy volcanic rocks surrounding the perfectly white beach. There are umbrellas and swings, suitable for both photo opportunities and the much-needed shade.

Sumatra is commonly known for its stunning wildlife, nature reserves, and Lake Toba, a basin formed in the caldera of a supervolcano. Besides inland beauty, one of Indonesia’s largest islands also features incredible coastlines. Pantai Air Manis (Sweet Water Beach) is one of the picturesque strips of beach. This oceanfront near the city of Padang has a broad shoreline with dark sand and can be explored by foot or an ATV. Few places on Sumatra can rival Pantai Air Manis during sunset, as this bank lies on the western side of the isle. Hang out under the coconut palms, go for a refreshing swim, and gaze at the magnificent rock formations offshore. If this beach isn’t the one for you, you shouldn’t worry too much: Sumatra has a coastline of thousands of kilometres.

The end of the earth is almost an understatement when locating Pantai Panjang Gangga Island on a map. This gorgeous waterfront can be found on tiny Gangga Island, an archipelago in the far north of Sulawesi. Those who dare to make the journey this far north are rewarded with a beach that’s dream-like in every way. After you’ve ascended from a steep hill, you’ll find bright blue water, a thin ribbon of white sand, and dark reefs unfolding in front of you. Just like numerous other places in Sulawesi, Gangga Island is an exquisite place to go scuba diving. The rich diversity in front of the beach is reason enough to bring your snorkelling gear, after which you can discover hard and soft corals, as well as reef fish.

Bali’s developed tourism causes people to come here for the cultural experiences, mindfulness courses, and humming nightlife districts. However, the beaches of this 5780 square kilometre island should not be forgotten. Like most seashores on the island, Pantai Thomas is aimed at visitors, including umbrellas and beach bars. If you look a bit further, there are still quiet spots for you to spread your towel between the rock walls on the southern side. Pantai Thomas is particularly popular amongst the surfing public, as the waves at this southern tip of Bali are quite decent. Despite its reputation as a surfing hotspot, it doesn’t mean you’d have to be a wave rider to fully appreciate this pleasant beach.

You may like: Top 10 most beautiful beaches in the world

Just as for Pantai Panjang Gangga Island, it’s an incredible undertaking to reach Nunsa Rutong. Being galaxies away from any significant town or even civilisation, this gorgeous area in the north of Flores is worth a visit nonetheless. Nunsa Rutong is part of the 17 Islands National Park and is characterised by the sea’s light blue colour and elevated viewpoints. These locations on top of the island’s hills are the optimum spot to see the iconic V-shaped beach and the mountain ranges on Flores’ mainland.

Rioeng is the village where you can jump on a boat to Nunsa Rutong, where you’ll arrive 30 minutes after departure. It takes at least 3 hours to drive from the nearest city Ende to Rioeng, but luckily, the island on which Nunsa Rutong is based features a campsite.

While islands like Bali and Java consistently make it to travel itineraries, the Maluku archipelago is both remote and lesser-known. This is actually a shame because one of Indonesia’s most striking shorelines lies within this northeastern region. Pantai Ngurtavur is an extended sandbar, dividing the sea and attached to Pulau Woha only by a narrow strip of sand. The white of this bank is nearly blinding, and you’ll slowly see the sand disappear into the shallow Banda Sea. If you look around, vistas of Pulau Woha’s thick forests and surrounding islands become apparent. If you have a chance, wait for the sun to set, as it is most likely you won’t ever forget this moment in paradise. The sandbar can be visited from the nearby island Kei Kecil.

Padangbai is the municipality where most people take the boat from Bali to Lombok, but the ferry can wait if the Blue Lagoon is nearby. After crossing the dense bush from the main road, your eyes will fall upon a rocky beach encircled by beautiful vegetation. On an elevated deck above the beach, you rent a reclining chair and umbrella to soak up the scenery to the fullest. In nearby areas, the snorkelling and scuba diving are decent, which may be a good reason to spend at least a night in Padangbai.

Sumbawa is wedged between Lombok and Flores and has a number of jaw-dropping natural features. Far west, Pulau Kenawa is a tiny dot in the sea with a ring of gold sand around it. This island contains several buildings and a jetty, from where you can jump into the ocean for a snorkelling session. The heart of Pulau Kenawa is dominated by flat grasslands and one odd hilltop, which makes for a glorious observation point. From the long-stretched beach, where trees provide much-needed shade, Mount Rinjani on Lombok can be seen looming on the horizon.

Pantai Tanjung Tinggi is located on an island called Belitung, which lies in the Java Sea between Sumatra and Kalimantan. What makes this slice of utopia unique are the massive boulders that seemed to have dropped on Pantai Tanjung Tinggi from space. Some of these rocks stand over 10 metres tall, and the smaller ones are excellent for hanging out and photo opportunities. The boulders are at least as fascinating underwater as they are above the surface, and snorkelling is, therefore, a favoured activity around this beach.

As part of the Raja Ampat archipelago, Pulau Arborek is an island with postcard potential. The coastline of this isle is dotted with small rowing boats and backed by swaying palms and vivid flowery bushes. Straight from the beaches or the boat piers, you can dive into the sea with a mask and fins for some outstanding snorkelling. Especially under the jetty, newly-grown corals and seaweeds provide a home for abundant marine life.

Several homestays enable you to savour your stay in paradise for as long as you wish. Beyond the powdery beaches, the Raja Ampat region is Indonesia’s prime diving destination. 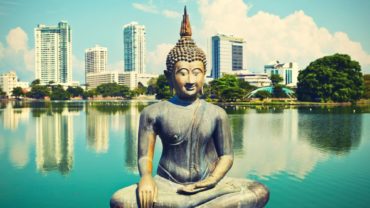